Always be careful of what you say in meetings! Back in the autumn when the Scottish Health Survey 2017 was published I remarked at one of the first Public Health Reform Senior Team Meetings I attended that we should reflect on its significance, particularly in light of the relatively recent agreement of Scotland’s Public Health Priorities. The response was: ‘good idea why don’t you write a blog for the Public Health Reform website’.

I was given a number of stays of execution in delivering on this task, but ultimately no reprise. This has forced me to engage with the Scottish Health Survey in a level of detail and a way that I have not previously. My first observation is to highlight the scale of the work; the main report is 369 pages long with links to a lot of underpinning reference material. It goes back 20 years and the 2017 edition surveyed over 5000 people.  It is simply not possible to do the content justice in this short blog, but hopefully I can persuade you of its significance in the context of Public Health Reform and encourage you to spend a bit of time perusing its contents.

The Survey has an important role in feeding indicators in the National Performance Framework. However its purpose is much wider; the nearest I could find to a description of what it is there to do was this statement:

“As a study of public health, the Scottish Health Survey plays an important role in assessing health outcomes, health risks and the extent of health inequalities in Scotland and how these have changed over time.”

From this statement alone the reader is left in no doubt as to the relevance of the Survey to the aims of Public Health Reform. If we are to know whether reform is working we will need to measure something and strikes me that much of what we need to measure is already captured by the Survey, including much related to our Public Health Priorities. The health impact of inequalities (Priority 5) is writ large over the whole document. The below diagram is one of the most stark representations in the survey of the impact with the most deprived in society suffering double the instance of cardio vascular disease and diabetes.

There is an explicit focus on outcomes linked to three other of the Public Health Priorities. A substantial section is devoted to assessing mental wellbeing of the population (Priority 3). Alcohol and tobacco consumption have their own sections (Priority 4), though there is nothing on other forms of drug misuse. Diet, physical activity and obesity (Priority 6) also have their own sections.

What is not covered by way of the Public Health Priorities? There is no explicit focus on early years (Priority 2), though much of the analysis of other areas is split by age. There is no separate section on place and community (Priority 1), though the impact of social capital and neighbourhood is considered within the section on mental wellbeing.

The Survey is commissioned by the Population Health Directorate in Scottish Government and is pulled together by a collaboration of public health and social science research groups. It uses a lot of reference material that is produced by Health Scotland and Information Services Division. There is an opportunity for Public Health Scotland (PHS) – once established - to get more actively involved in further contributing to and shaping this work. PHS would certainly want to advocate around how the survey can be better orientated around the Public Health Priorities, which in turn could help in linking the Priorities into the National Performance Framework. My other reflection of survey is to ask the ‘so what question’. Yes, it provides a good summary of health outcomes, but on its own does not give much by way of insight into what is driving some of the patterns and where action is required. This is where I believe the expertise that we are bringing together in PHS working in concert with the wider public health community across the whole system can make a difference.

I would be lying if I was to recommend the Survey as a good bit of bedtime reading (other than for the soporific value of the many graphs and charts); however there is no doubt that it is a valuable resource that PHS and the wider public community will need to build upon. 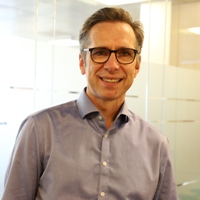