“We are delighted to have secured the services of Professor Jim McGoldrick as Shadow Chair of Public Health Scotland. Jim brings extensive experience of the NHS and wider public sector to the role and will be a real asset to the organisation in advance of its formal establishment in April 2020. I look forward to working with Jim to create Scotland’s new national body for improving and protecting health and wellbeing in Scotland’’

Professor McGoldrick is current Convenor of the Scottish Social Services Council (SSSC) and a Board Member of the Care Inspectorate. He is also a Member of the Disability and Carer Benefits Expert Advisory Group.

Professor McGoldrick will have an important role in laying the foundations of the new organisation and establishing the leadership required to create a body equipped to tackle Scotland’s future public health challenges.

"I am delighted to be given the opportunity to play a role in the establishment of Public Health Scotland. This is an exciting opportunity to make a real difference to communities the length and breadth of Scotland. Realising the potential of the new organisation and the wider public health workforce to lead a renewed effort across national and local government, public services and the third sector to improve health and wellbeing is exciting and challenging in equal measure but one I am looking forward to.’’

Jim has extensive experience of the NHS and wider public sector as Chairman of the Fife NHS Board and Vice Chair of the Fife Community Planning Partnership Board until the end of April 2013. He served as a member of the Ministerial Strategic Group for Health and Community Care and is a former Board Member of NHS National Services Scotland from 2005 to 2012.

Public Health Reform is a partnership between Scottish Government and COSLA and Professor McGoldrick’s wider public sector experience reflects the reform programme ambition to strengthen the role and contribution of local government and local partnerships to improving health and wellbeing.

“I’d like to welcome Jim McGoldrick into the position of Shadow Chair of Public Health Scotland. His extensive experience of governing public bodies in Scotland will be crucial in this new role and his background in leadership and management development, as a Chartered Companion of the CIPD, is a real asset as we develop our new public health body. I look forward to working closely with Jim over the coming months’’.

Jim will take up the role of Shadow Chair from 1 July 2019 on a transitional basis to allow recruitment for a permanent Chair to be completed. As Shadow Chair, Jim will oversee the establishment of the organisation and appointment of the shadow board and senior management team in advance of Public Health Scotland becoming fully operational on the 1st April 2020. 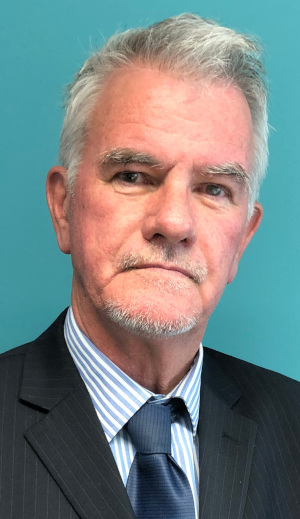