With the launch of Public Health Scotland just six months away, partners are exploring what kind of leadership is needed to deliver lasting change. Angela Scott, Chief Executive of Aberdeen City Council, says Local Authorities should embrace a proud history of delivering public health improvements while striking out in bold new directions…

“It’s often said that there’s no future in the past – but sometimes what has gone before helps us to navigate the challenges and opportunities ahead. In researching Local Government’s past, I was struck by the strength of leadership of our forefathers. They were determined to eliminate the scale of death associated with many infectious diseases, even though the medical knowledge wasn’t as developed as it is today.

Significant bold pieces of legislation were crafted which conferred duties on “local units of government”:

(Click this link to see a timeline of the development of public health in Scotland.)

Looking back we can see the roots of many of the functions Local Government discharge today. Many of the historical issues were intrinsically linked to poverty. Cholera, typhus and smallpox were major killers in the 19th century and the result of environmental pollution, poverty and bad housing.

We remain committed to improving the population’s health. Our killers today are obesity, alcoholism and smoking. The links to poverty remain evident, but there’s also a nod to the excesses of relative post-war affluence.

The introduction of Public Health Scotland presents opportunities to think about our leadership both as single agencies and as part of community planning partnerships.

But as we look to the past, with the bold and innovative leadership of our predecessors, how do we assess our current performance?

There was a simplicity to the historical concept of local units of government where the range of what today is covered by several bodies was covered by one. Today we can describe a complexity of public health which our predecessors didn’t contend with.

Of course, if our predecessors were able to talk to us they would describe the ambiguity and uncertainty they faced in tackling the killer diseases of the past.

So, the past and present have differences that can cancel each other out – but what remains constant is the need for good leadership.

I regularly wrestle with balancing the management responsibilities I carry as the CEO of an organisation and the commitment I want to demonstrate to my local partners to progress our shared agenda.

It’s this collaborative leadership around a common purpose that strikes me as so important to our forefathers and something we should all try to emulate.

As public servants we serve people within a place. We do that through the current organisational structures of public sector as well as through the work with partners.

We must retain our focus on our communities and the people who live within them through the strength of our community planning partnerships – bolstered by the creation of Public Health Scotland. This presents us with the opportunity to capture and exploit a commitment to improving Scotland’s health, using the capacity and capability within PHS and what it can 'convene' to think about different solutions and approaches to the public health issues of today and tomorrow." 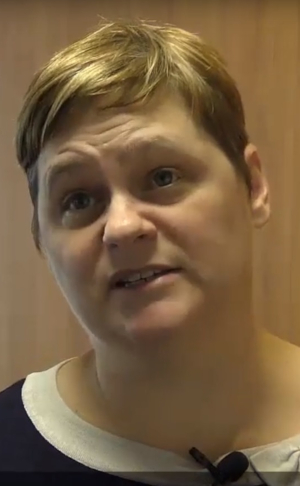