The impact of suicide on a community is deep and lasting and collective efforts to provide far-reaching support are currently being reviewed across the country. In Ayrshire, following a number of deaths, a new whole system approach is being taken, with a renewed focus on prevention. Lynne McNiven, Interim Director of Public Health at NHS Ayrshire & Arran, explains…

In response to this worrying trend we took steps to try to understand the reasons behind these tragic deaths. In March 2018, the Child Protection Committee, led by the Local Authority Chief Executive, formed a Strategic Group and an Operational Suicide Prevention Task Force to identify common themes, determine best practice for the prevention and identification of young people at risk of suicide, and develop strategies to mitigate risk where possible.

Public Health supported the process by co-chairing the group; utilising leadership skills to discuss each case in detail with colleagues from all agencies involved using a standardised approach to identify common themes. Using a Public Health approach brought to the group: previous knowledge and experience of rigorous child death processes, the current evidence base, Caldicott guidance, crisis response / emergency resilience approaches, strategy and action planning experience, along with wider contacts and an understanding of similar issues in other local authority and NHS areas.

In the following months, a multi-agency Crisis Response Plan and Community Action Plan were developed and tested. The Crisis Response Plan allows for a rapid escalation of inter-agency working to ensure, when a young person dies by suicide, all vulnerable individuals associated are identified and key health, police, education and social care data are accessed, collated and examined, and services immediately put in place. This ‘wrap around’ approach for young people immediately after the event is critical. However, where there are vulnerabilities identified, these young people are offered a ‘safe and well check’ at three monthly intervals to identify ongoing need and crucially ongoing support. This long term approach has undoubtedly prevented further tragedies. The Community Action Plan supports a systematic examination of key areas of prevention and details/records the necessary actions to achieve more positive outcomes.

The Community Action Plan is an ever evolving process focussing on raising awareness, supporting training and identifying key areas for focused work. An example of this is the ‘13 Ways to Support your Friends’ social media campaign. This was designed by local young people who also provided the voices for a series of animations.

Implementing a whole systems public health approach acted as the catalyst for change across multiple agencies. Working as a close knit team allowed good relationships to build and grow. Each colleague brought their own experience, expertise and knowledge to the table which was then facilitated into positive action and constructive joint working to improve the outcomes of many vulnerable young people.” 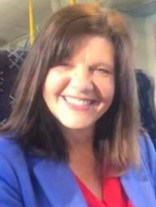