The ambitious national programme to reform public health in Scotland has been bolstered by new national funding from a major UK research initiative focused on prevention. The UK Prevention Research Partnership has announced that it will invest in the new ‘Systems-science in Public Health and Health Economic Research consortium’ (SIPHER consortium), an innovative approach led by the University of Sheffield to applying systems science to public health. Marion Bain, Co-director, Public Health Reform has more…

We’ve been hoping to hear about progress on the SIPHER consortium application for some time and I’m delighted to confirm that work is now due to get underway later this year. The five-year project will bring together three national, regional and local government partnerships from across the UK – including the Scottish Government; and seven university departments including the Universities of Edinburgh, and Strathclyde – to support policy sectors working together to improve health and reduce health inequalities. It focuses on the social determinants of health, and will provide new insights and practical tools to support decisions on effective and cost-effective action across and between different policy areas and at different levels of government.

The Scottish element of the SIPHER consortium will see an operational researcher deployed across a number of areas at the Scottish Government, while also working with the broad-range of public health reform partners. This will allow a better understanding of the complex interactions around policies that specifically impact mental health and wellbeing, and inclusive economic growth – two of the specific public health priorities that have been identified for Scotland.   Scotland will also benefit significantly from the learning across the whole consortium, including from the other policy partners working at local and regional levels.

The SIPHER project will build economic decision models and develop decision support tools that are directly relevant to national and local policy makers.  These tools will demonstrate the synergies and trade offs arising from different policies and policy combinations – and will provide the basis for cross sector decision making.

The project is expected to make a key contribution to public health reform in  Scotland, which already recognises that many of the solutions needed to improve health and tackle health inequalities lie outside the NHS in areas such as transport, housing, employment and the environment, with joint responsibility lying with a broad-range of partners including Scottish Government, Local Government and the Third Sector. The reform work has also identified the vital role of data, science and innovation in supporting, enabling and driving change.

With so many inter-connected organisations having an impact on people’s health and wellbeing,  in public health reform a whole system approach is already being championed to help realise the fundamental change that is needed. This includes collaboration, learning and continuously reviewing and adapting practice, to develop  a culture for health in Scotland which delivers long-term improvements in health and wellbeing.

SIPHER’s vision is a shift from public health policy to healthy public policy, with all sectors working together to improve health and wellbeing and reduce health inequalities. This will be essential in achieving the ambition of public health reform to have a Scotland where everybody thrives. The opportunity to deploy cutting edge research and innovation in systems science, and to co-produce this with a range of partners to achieve this is both welcome and exciting. 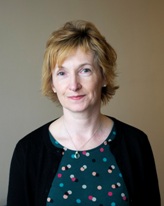