Hundreds of people are currently working to deliver an ambitious vision for public health to make lives better for communities across Scotland. The reform project has reached an important milestone, with the shared public health priorities being widely endorsed as the key drivers for change. Asif Ishaq, Public Health Priorities Lead at the Scottish Government outlines why we’re at the cusp of an exciting period of change…

Public health is fast becoming one of Scotland’s hot topics, with an enormous amount of work underway seeking to deliver a long-term legacy for people across the country. A year ago this month, the Scottish Government and COSLA agreed the shared public health priorities. Although set by national and local government, delivering the priorities are the responsibility of everybody in Scotland. They provide an important ‘lens’ or focus on key health-related challenges for organisations to work collaboratively on, to effect lasting change.

So far more than 70 organisations have endorsed the priorities and we’re now moving from just thinking about the priorities to beginning practical action on the ground. This is crucial, because if we want to transform the health and wellbeing of our people then we must all take concerted action.

One of the early steps we took soon after publishing the priorities was to establish a public health policy team in government. This represented an important shift in our approach – not just a structural change. It was to let others across government know that we meant business and that we were not just ‘ticking a box’ by publishing mere statements of intent. The team is building momentum across the organisation through raising awareness and joining-up activity.  We have a receptive audience in areas such as housing, justice and inclusive growth: helping them to understand their collective contribution to the priorities and to embed a public health approach to their work.

However, we know that success will not be realised overnight. Ultimately, our impact will be measured against the National Performance Framework (NPF) which sets out a vision for national wellbeing. A unique aspect of the NPF is that it highlights the role of kindness as one of the values guiding our approach to delivering public services. I am a firm believer in a values-based approach to improving the public’s health given that reducing inequalities is a key ambition of reform.

Central to delivering our ambition is the creation of Public Health Scotland (PHS), the new national body that will have a significant leadership role to overcome public health challenges.  By using data, research and evidence, PHS will help local areas make better, more-informed decisions to improve the nation’s health and wellbeing. A six-week consultation into how the body will operate draws to a close next month and Jim McGoldrick has been recently appointed as shadow chair of the new organisation. This is just one element of a much wider piece of work to encourage organisations across Scotland to work together as part of a whole system approach.

While some of the world weary among you might feel you have seen this all before, the truth is we have never before had so much buy-in from so many different people. Through the extensive engagement work for public health reform we can sense the excitement on the ground and it is our collective duty to put that goodwill to good use.

We’re under no illusion that there’s still a lot more to do but we’re here for the long haul and we need you to be part of the journey. That means working in a truly different way to ensure we can deliver better health and wellbeing for people and communities across Scotland. 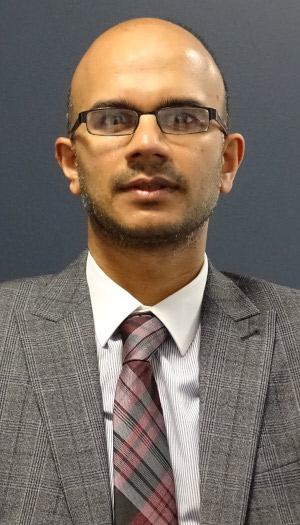