Gerry McCartney, Head of the Scottish Public Observatory, believes that in order to combat the negative effects austerity has had on life expectancy, a wellness economy and whole system working have to play essential roles….

The mortality rates at each age within a population are an excellent measure of how well a society is functioning. One way to summarise current mortality rates across the population, as a single number, is life expectancy. In the past it has taken big societal shocks to drop life expectancy, such as the rapid transition to free-market capitalism in the former USSR, or Spanish influenza in the aftermath of World War I.

So what is causing these trends?

Worsening mortality rates across almost all age groups, almost all causes of death, and both for men and for women is causing the stall. A large contribution has been due to increased drug-related deaths, which are at an all-time high. Previous improvements seen in the number of people dying from cardiovascular disease has also stopped. The picture is much worse in our poorest areas, with decreasing life expectancy in these communities leading to a rise in inequalities across society.

The trends are not inevitable or due to some biological limit. We know this because life expectancy continues to increase rapidly in Japan where life expectancy is already highest. The stalling is also worst in our poorest communities, which already have the lowest life expectancy, and the mortality trends have changed for all age groups, not just the oldest. Nearly a third of early deaths and ill health in Scotland could be avoided if the whole population had the same life circumstances as the people who live in our wealthiest areas.

The best available evidence shows that austerity policies – the deliberate change in policy to cut public spending or raise taxes in order to prioritise budget balance at the time of economic downturn— are related to higher mortality, worse self-rated health and wider inequalities. There is also a wide range of evidence that demonstrates how this has played out in the UK through cuts to local authority and social care budgets, and ‘reforms’ to the social security system that have reduced the value and increased the conditionality of benefits. The result of this is a substantial widening of income inequality and a substantial decline in income for people who were already experiencing the severe impacts of poverty. This means that more people have been trapped in poverty and are locked out of social interactions with friends and family and have to go without essentials and the things that make life worth living. More people have also been pushed into precarious work to make ends meet. All of this has happened at the same time as public service funding has come under pressure, making it more difficult to offer the accessible and quality support that is needed. Other factors have been suggested for the trends, many of which are related to the above economic changes.

We should take the opportunity of a move to a wellbeing economy to focus on reducing inequality and improving health. The development of a sustainable and inclusive economy puts the health and welfare of people and communities first, and should be the drivers for policies if we are to see people live healthier and for longer."

All of the data and evidence on the trends is available here. 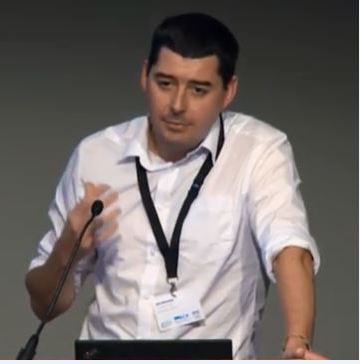